My Love / Hate Affair with Rain

I live in the Pacific Northwest. Yes, it rains here. It rains a lot. While our total rainfall accumulation is not the highest in the nation, it's the constancy that gets to most people. Fall and Winter are gray and cloudy most of the time. Rain, when it falls, comes down like a Chinese water torture--slow and steady and unending.

How could I not cast rain in my stories set in this part of the country? 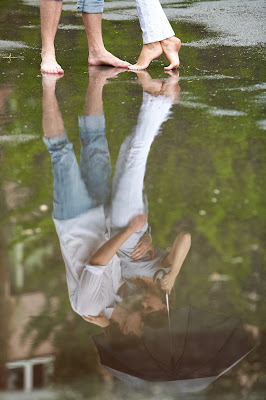 Louder Than Words was my second story set in my own backyard. Rain is mentioned at least eighteen times by my own rough Word search count.

Rain represents limitations--either self-imposed or real. It presents the challenge of action over attitude and resignation.

In pondering the instances I found, some of the story's most important turning points occurred during the rainfall--moments of clarity, of hope.

As much as we dread our dismal rainy days here, we also know they bring fresh beginnings.

So, on the eve of December as I write this and the skies out my window are a melange of grays and white, the ground still wet from the early morning rain, I too hope I'm at a turning point in this writing business.